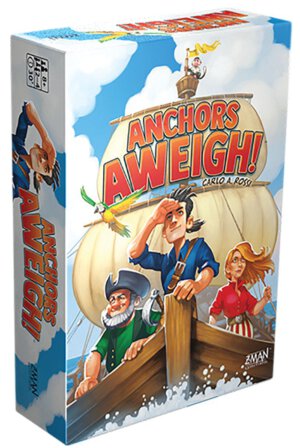 Z-Man Games has a family friendly game on the horizon which will take you to the high seas in search of gain and glory. In Anchors Aweigh!, two to four players will take the helm as each looks to explore and enrich themselves through trade. The game is for ages 8 and up, plays in 30 minutes, and will carry an MSRP of $39.99 when it arrives in Q3.

Embark on a journey of discovery and treasure.

An ocean of adventure awaits you in Anchors Aweigh! Load your ship with everything you’ll need, then weigh anchor. Discover items, trade goods, and complete contracts to earn treasure. Grapple with fierce pirates, earning rewards if you defeat them. Will you earn the most treasure?

The wind rushes, carrying the smell of salt water and ruffling your hair. The crew bustles around you, hauling up crates of supplies and organizing them in the cargo hold. You hear the crash of the waves against the side of the ship. The captain calls for the anchor to be hauled up. It’s time to set sail!

If you planned ahead at the beginning of the game, you’ll be able to complete multiple Discovery, Trade, and Contract cards, and hopefully fight off the pirates as well! After two rounds the player that earned the most treasure from their seafaring adventure will win. 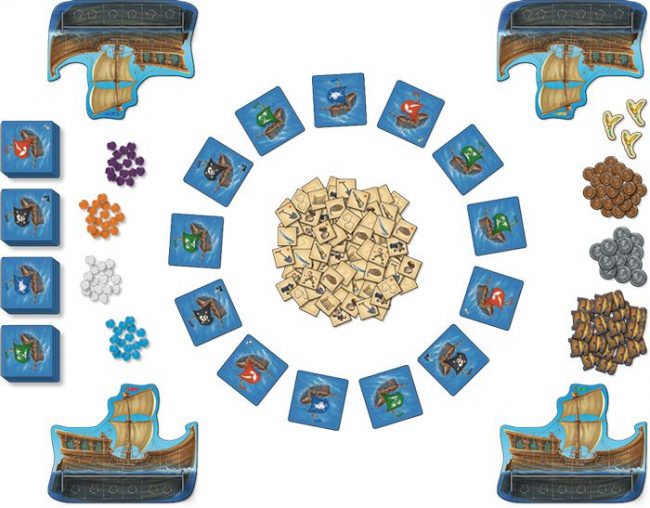