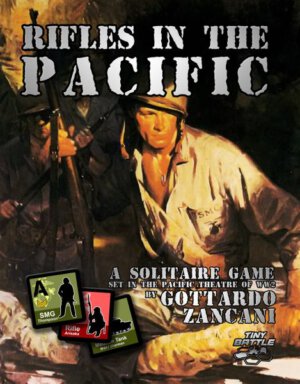 The second entry into Gottardo Zancani’s solitaire WWII game series is now available from Tiny Battle Publishing. In Rifles in the Pacific, the player will be tasked with completing a variety of island based scenarios while utilizing a small number of U.S. Marine and Navy units. The game is for a single player, ages 12+, plays in around an hour or two, and is available right now for $33.00.

A simple solitaire system recreates small firefights (five to ten units per side) over a bevy of scenarios, including beach assaults, riverbank defense, random jungle patrols, raids on AA Gun emplacements and radio stations, and a campaign linking the missions together. 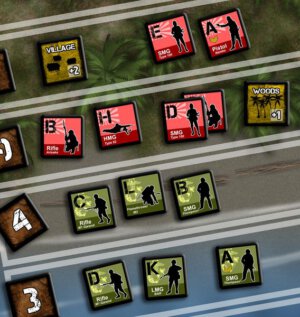 Rifles in the Pacific includes:

Battlelords of the 23rd Century 7E – First Look and Page-Through