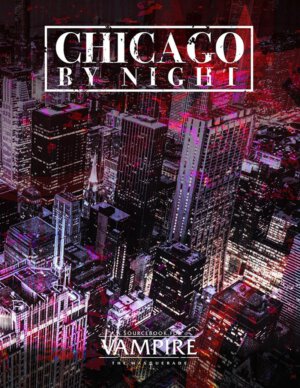 Following a successful Kickstarter run, Onyx Path Publishing will be releasing their first sourcebook for 5E Vampire: The Masquerade this January. Chicago By Night is a true V:tM classic and this new edition promises to include everything a Storyteller needs to bring The Windy City to life for the undead. The hardcover promises over 240 pages and will arrive in stores in January carrying an MSRP of $45.00.

Chicago lies at the center of the web that is the American heartland. Tendrils of power, wealth, and reward stretch outward, ensnaring the selfish, greedy, and unwary.

Yet, Chicago attracts its predators, too.

There are creatures that would have the city for their own, spinning their own webs of malice and intrigue. But among the city’s towering skyscrapers and wind-swept streets, who is the spider and who is the fly?

Chicago By Night, an updated edition of White Wolf’s bestselling city book, will be Onyx 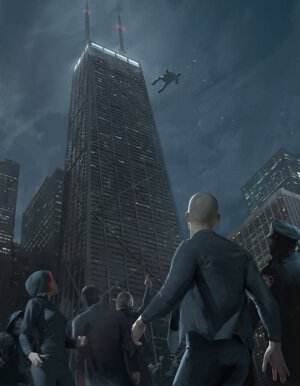 In this hardcover supplement, you will find descriptions of most of the Kindred inhabitants of Chicago, complete with 5th Edition writeups; the secret history of Chicago with detailed maps and geographical details; relationship details and factions; and dozens of encounters organized by theme, which provide Storytellers a means to make the setting come alive for the players.

Chicago By Night includes all the information you need to build ongoing chronicles. From courtly intrigue within the Masquerade to confrontations at the Succubus Club, this setting sourcebook will help Storytellers develop rich and rewarding tales of excess set in the Windy City.

It also includes information and game rules for the Lasombra, introducing the clan into Vampire: The Masquerade 5th Edition.