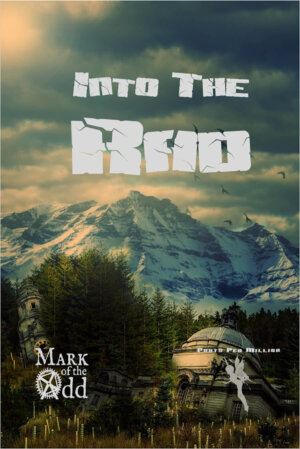 A new post-apocalyptic solo roleplaying game based on the popular Into the Odd has arrived from Parts Per Million Games. Into the Rad is set in a devastated America thirty years after a nuclear holocaust. The 58 page PDF is available at DriveThruRPG for $4.95.

From Parts Per Million:

A Mark of the Odd Solo Game.

This game is a mashup of the original Into The Odd rules, from the SRD, a retro-clone of Gamma World(tm), and a really simple solo roleplaying system that uses the Into The Odd Luck roll as a basic decision making roll.

Into The Rad can be played as a regular RPG, or solo, with no changes. The book contains rules for creating your character, mutations, modern tech, and creating mutant monsters, both animal and vegetable. Random tables for weather, terrain, and how to build random encounter tables. Most of the tables are simple d6 tables. There are too many mutations and Drives for a d6 so these use d100 and d12.

The world of Into The Rad is 30 years after a nuclear holocaust and the next generation are trying to rebuild from isolated settlements and exploring ‘out there’ to scavenge for resources and the hope of making contact with another friendly settlement. Everything is out to kill you, and it perfectly capable of it. The game works equally well with a Referee created homebrew setting, or the sample setting, based upon a stretch of land from St. Louis to Chicago.

Tags
DriveThruRPG Into the Odd Into the Rad Parts Per Million