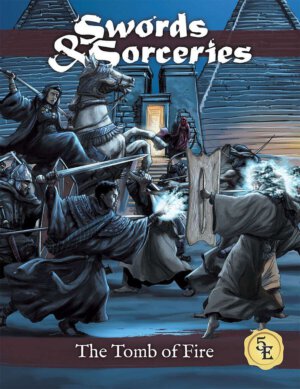 Arc Dream Publishing have released the latest adventure in their 5E Swords & Sorceries setting. The Tomb of Fire places the players on a quest for glorious treasures if they can brave the spirits guarding the dungeon. The 32 page PDF is available at DriveThruRPG for $4.99.

The adventurers have come to the Rahaman oasis, in the dry land of Kahlar, at the edge of the great Mahjur Desert. They seek the Tomb of Fire, a ruined temple to a god long forgotten. The people of the desert say that the Tomb of Fire is filled with fantastic riches, but they warn it is guarded by spirits too deadly for any mortal to defeat. Yet in the traditions of the peoples of the Mahjur, even the mightiest devil or angel might be outwitted.

To claim glorious treasures, the adventurers must cross a deadly desert that is haunted by brigands and worse. They must find a zealous people who hold the secrets of the Tomb of Fire. They must find the tomb and survive its lethal curses. Only then can they meet what lurks in the heart of the tomb, and learn whether they can pay the cost for all its gold and silver.

Written by Shane Ivey and illustrated by Kurt Komoda, The Tomb of Fire is an adventure for the Fifth Edition of the world’s most popular fantasy role-playing game. Its encounters are built to take five adventurers about halfway through 3rd level. Each encounter includes tips for handling significantly stronger or weaker parties. The Tomb of Fire is a standalone adventure that can be placed into any campaign.

The Tomb of Fire can be played in any fantasy world you choose. It also fits perfectly in the Broken Empire, a world of ancient mysteries, perils, power, and corruption featured in the Swords & Sorceries adventure line by Arc Dream Publishing. 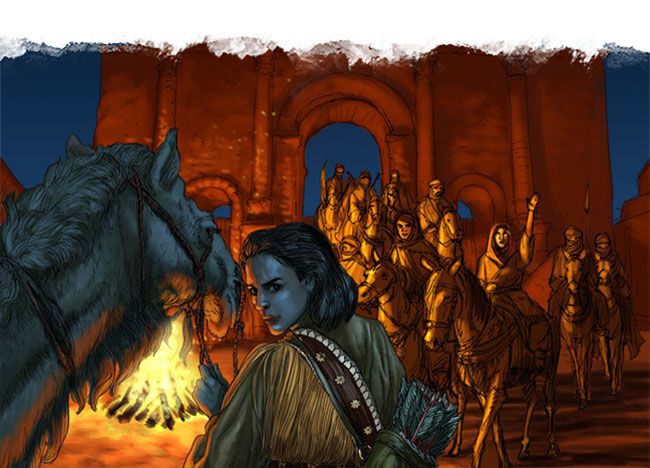