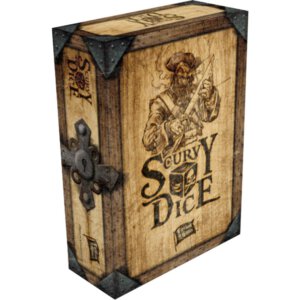 Every day can be Talk Like a Pirate Day when you have a set of Scurvy Dice from Firelock Games. In the game, players will compete to be the greatest pirate of all as they outfit their ships and set off to plunder Parrot Island. Scurvy Dice is for two to four players, ages 8+, plays in around 15-30 minutes, and will carry an MSRP of $30.00 when it sails into stores this December.

Scurvy Dice is a unique dice game in which players roll their 10 ship dice and use them to build a ship to battle and loot treasures of fortune. The dice that you placed as cannons are the dice you actually roll to shoot at the other players’ ships. The dice that you placed as crew are the dice you roll during melee battle. If you have a lucky parrot on your ship, you can use him to give you an advantage during different phases. If you have survived cannon fire and boarding actions, you may have just enough ship and crew left to grab the loot on Parrot Island—but watch out for the other scurvy dogs, as they are out for the loot too.

Each piece of your ship is important in some way. If you go heavy on cannons and hull, you may not have enough sails to beat your opponents to the treasure or you may not be fast enough to evade boarding by a heavily crewed ship. If you go too light on hull, you may not have enough storage for the treasure dice even though you got to Parrot Island first. There is more than one strategy to build and crew your ship. Just take care to not get scurvy, which will set you back on the scoring track. 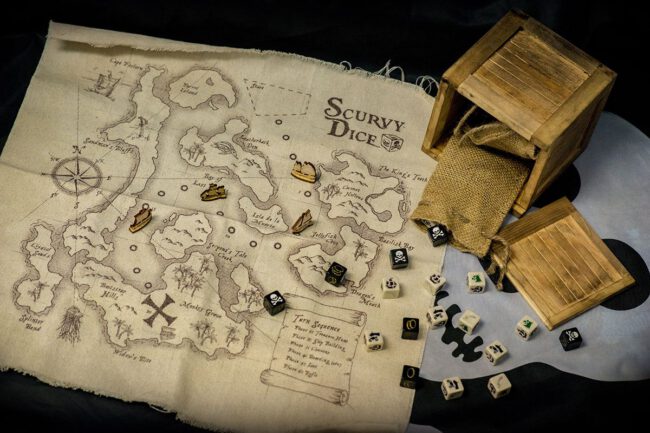