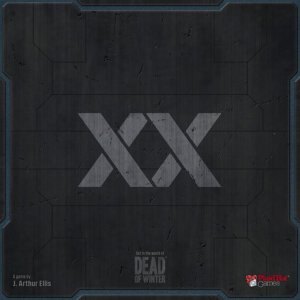 Just in time for Halloween, Plaid Hat Games will be releasing a cooperative card game set in the Dead of Winter universe. Simply entitled Raxxon (a shadowy fictional pharmaceutical company assisting in the evacuation) the game will drop one to four players into the opening days of the zombie apocalypse. Tasked with saving uninfected citizens, the players will have to use cunning – and a healthy dose of luck – in order to shuttle folks to safety before either Raxxon achieves too much power or the dead overwhelm the living. Raxxon is for ages 14+, plays in about sixty minutes, and will carry an MSRP of $39.95.  You’ll even receive two bonus survivors for use in Dead of Winter!

For weeks, Raxxon Pharmaceuticals has been partnering with local teams across the globe to contain the recent viral outbreak.

Today, we regret to announce that despite Raxxon’s best efforts, the global infection rate has reached the tipping point. Many cities are unlikely to be salvaged, and citizens everywhere should evacuate to safer regions immediately.

Raxxon is a challenging cooperative experience in which every action you take has unintended consequences. Tempt fate as you investigate the crowd looking for healthy to evacuate and infected to quarantine or eliminate. The choices you make determine the fate of humanity – search desperately for those final healthy survivors as Raxxon’s power 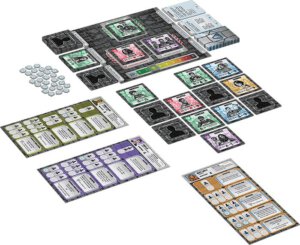 reaches its apex, or watch as the undead overrun your city.

Raxxon will be in stores in early October! The kit is suitable for 1-4 evacuators aged 14+ to overcome the zombie apocalypse in about an hour. Those who own the game can also access additional online scenarios and more at myraxxon.com.

Bonus: Inside every Raxxon Evacuation Kit is 2 brand new, exclusive Dead of Winter characters! Meryl Wolfe and KD James fight the outbreak in Raxxon, and now join the colonies of Dead of Winter. Each comes with a character card, standee, and crossroads card.

Plaid Hat has even produced a fifteen minute video, with Watch It Played, to get you up to speed with Raxxon and you can download the rules here.