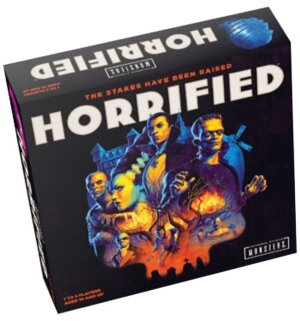 If you’re a fan of the classic Universal monsters of the 1930’s and 1940’s then you’ll want to keep an eye peeled for a new board game coming this summer from Ravensburger. Horrified is a cooperative game where the players will team up to defeat famed monsters such as Frankenstein, Dracula, the Creature from the Black Lagoon, and more. The game is for one to five players, ages 10+, and unfortunately there isn’t any play time info available yet. The expected release date is August 1st and Horrified will carry an MSRP of $34.99.

The stakes have been raised. Imagine living in a place so wretched that it’s not plagued by one, two, or even three monsters—but seven of the most horrifying fiends! In this game, you’ll come face to face with them all as you work together to rid the town of the maniacal or misunderstood creatures…before it’s too late.

Horrified includes high-quality sculpted miniatures (Frankenstein, The Bride of Frankenstein, The Wolf Man, Dracula, The Mummy, The Invisible Man, Creature from the Black Lagoon). Its innovative, easy-to-learn, cooperative gameplay has players working together against the monsters with varying levels of difficulty. Just as each Monster is unique, they require different strategies and tactics to be defeated. 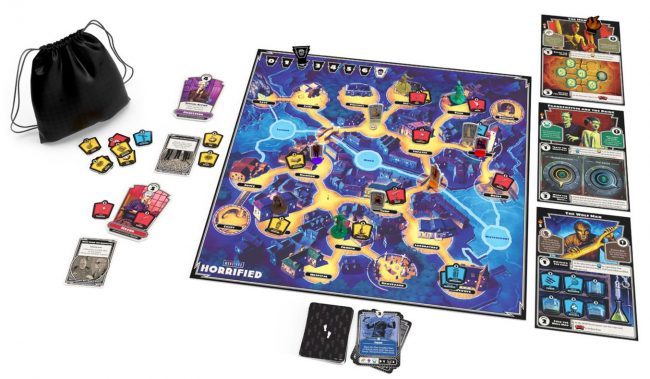