It’s Thursday so that means free PC game goodness at the Epic Games store. This week brings a trio of offerings which are available through 10am CT July 7th. 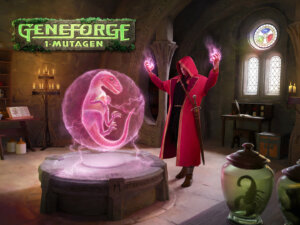 An indie cult-classic with total freedom in a unique world.

Geneforge 1 – Mutagen is a unique, truly open-ended fantasy adventure in a strange, new world. You are one of the Shapers, wizards with the awesome power to create life. Want a tool, a trap, an army? You summon it into existence. You create mighty beasts, and they totally obey you. Usually.

At least, that’s how it’s supposed to be. You have been stranded on a forbidden island, full of powerful, lost secrets of your people too. Invaders are also here, trying to steal and master your knowledge. Race them for the awesome treasures hidden here. And destroy the thieves. Or join them.

Rule an army of mutant monsters? Go it alone? Use battle or diplomacy? Up to you!

Geneforge 1 – Mutagen offers unmatched freedom in how you play. Use magic or your deadly pets to crush your enemies. Or, use trickery, diplomacy, and stealth to win the game without ever attacking a foe. Choose between a host of rival factions or just destroy everything. Defeat the final boss, or switch sides and join him. Fight alone with blades, missiles, or magic, or create your own army of custom-made mutant monsters.

Tons from retro-fun from the masters of indie RPGs!

Geneforge is an epic fantasy adventure with over eighty zones to explore, 50+ hours of gameplay, and unmatched replayability. Choose from dozens of skills, abilities, and pets to reach a vast array of different endings. Hunt for hundreds of magical artifacts, some of them pretty weird. There is a race for the lost mad science of the Shapers. Who will win? It is up to you. 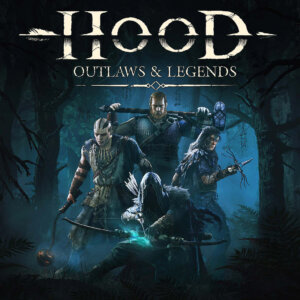 We are all Outlaws… but some of us will become Legends.

Faced with a merciless, unchecked state, rebels and rogues battle to claim their place among legends. To win influence with an oppressed people, rival gangs compete in daring heists to hit the wealthy where it hurts. Folk hero or gold-hungry outlaw, only the best will escape with hard-earned riches.

Two teams of 4 players compete to execute the perfect heist, in medieval environments patrolled by deadly AI guards. With the unique skills and mystical abilities of each character, moving in stealth to steal treasures unseen or dominating through loud and brutal combat.

Blood will be spilled. Riches will be stolen. Legends will be reborn.

Iratus: Lord of the Dead from Unfrozen and Daedalic Entertainment 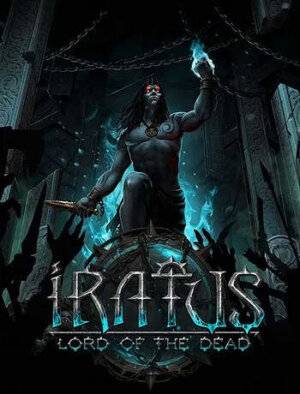 In Iratus you find yourself fighting for the forces of darkness in the role of the titular necromancer—Iratus, recently freed from his millennia-long imprisonment.

You control an obedient army of the living dead, with skeletons, zombies, banshees and many other unliving warriors. Create your soldiers the only way a necromancer knows how: from the body parts of your slain enemies!

Expand and improve your underground lair

Strengthen your servants by researching secret rituals. Explore the twisted corridors and underground catacombs, and battle against lobotomized miners, greedy dwarves and corrupt mercenaries. Aid Iratus in his quest to recapture and eclipse his former power. Lead him to conquer the forces of good and unleash an eternal kingdom of death upon the world!
The sheer variety of tactical and strategic options makes Iratus a true treat for any ardent fans of the roguelike genre.

MANY WAYS TO PLAY

This Week Score Wolfenstein: The New Order Free for PC