It’s Thursday so that means great free PC games from the Epic Games store. This week brings a trio of games for you to enjoy! You can score these freebies through 10am CT April 22nd. 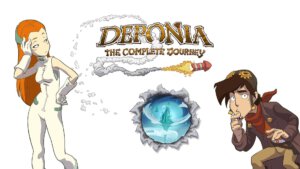 Junk, junk and even more junk. Life on the trash-planet Deponia is anything but a walk in the park. No surprise that Rufus had enough of that and hatches one ludicrous plan after the other to escape this bleak place.

When Rufus, on one of his attempts to leave Deponia behind, meets Goal, he not only falls madly in love with the beautiful girl from Elysium; he also accidentally shoves her right off her comfortable star cruiser and down to the desolate trash-planet. This accident kindles a new, brilliant plan: he needs to get Goal back to the floating city of Elysium – and while he’s on it, he can also impersonate her sleazy fiance Cletus, who is the spitting image of Rufus for some reason. And thus, an exciting adventure begins…

Showered in top-scores and awards, the Deponia-Trilogy, created by the developers of Edna&Harvey: The Breakout, The Whispered World and Memoria, managed to reach cult-status almost instantly. Thanks to its exciting story, likeable characters and hilarious dialogues and a finely crafted mixture of comedy and puzzles, Deponia is enjoyable for both, young and old. Join Rufus on his thrilling journeys, for the first time in a complete edition with many new features, that will not only be a blast for hardcore adventure fans, but also those new to the genre. 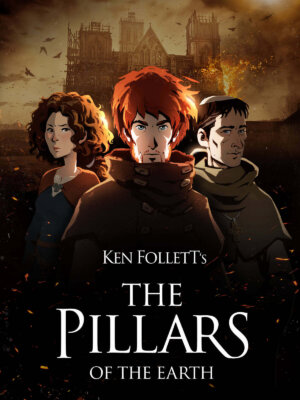 Ken Follett’s The Pillars of the Earth from Daedalic Entertainment

Based on Ken Follett’s world-bestseller, ‘The Pillars of the Earth’ retells the story of the village of Kingsbridge in a whole new interactive way. Play as Jack, Aliena and Philip and change the events of the book through exploration, decision-making and dialogues.

12th century, England: In a time of great poverty and war, a small town begins the construction of a cathedral to claim wealth and security for its people. In their struggle to survive, lives and destinies intertwine. Philip the monk becomes prior of the small abbey of Kingsbridge.

At the same time, a boy called Jack is raised in the woods by his outlawed mother. His apprenticeship as a stonemason paves his way to become a gifted master builder. Together with the disgraced noblewoman Aliena, Jack and Philip begin the construction of one of the greatest cathedrals England will ever see. 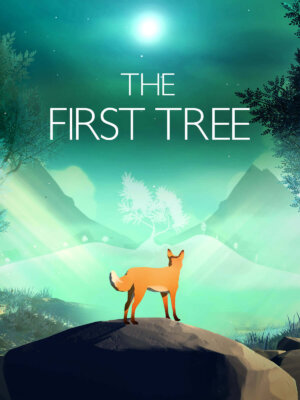 The First Tree from David Wehle

From the creator of Home is Where One Starts… comes The First Tree, a third-person exploration game centered around two parallel stories: a fox trying to find her missing family, and a son reconnecting with his father in Alaska. Players take control of the fox on a poignant and beautiful journey that crescendos at the source of life, and perhaps result in an understanding of death. Along the way, players can uncover artifacts and stories from the son’s life as he becomes intertwined in the fox’s journey towards The First Tree.