September will see the release of two new titles in the Exit: The Game lineup from KOSMOS Games. Both Exit: The Enchanted Forest and Exit: The Cemetery of the Knight are low to mid level difficulty mysteries. Each are for one to four players, ages 10+, play in one to two hours, and will carry MSRP of $14.95 when they arrive September 1st. 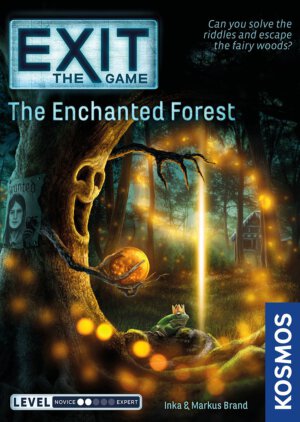 What you had planned to be a relaxing walk in the woods suddenly takes a very different turn. As you are walking over a bridge, it unexpectedly disappears behind you, and you begin to encounter strange fairy-tale creatures and even stranger puzzles. What’s going on here—and how are you ever going to find your way out of this forest again?

Each title in the EXIT series is an escape-room game you can play at home, for an unforgettable and unique gaming experience. Work together to solve all the riddles as quickly as you can! Can you find your way out of the forest? 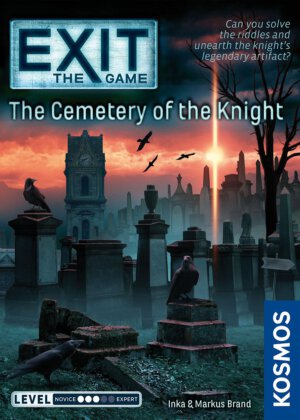 EXIT: The Cemetery of the Knight

According to an old legend, a priceless red ruby ​​is said to be hidden in the tomb of Sir Reginald Wreston, and it can only be found when the moon is at just the right angle in the night’s sky. The problem is that the moon is only ever at the right angle at midnight on a specific night once every 87 years! But guess what? Tonight is that night!

Up until now, the crypt has remained sealed, and over the course of centuries, no one has ever succeeded in opening it. “Who knows what might happen tonight…” you think as you make your way into the darkness. Will you and your group of curious treasure hunters have what it takes to finally solve the mystery and uncover the coveted gem?