I sit back for an unboxing and first look at Crescent Moon from Osprey Games. In the game, each player takes command of an asymmetrical faction as each vies for control of the Caliphate. Crescent Moon is for four to five players, ages 14+, plays in around 150 to 180 minutes, and will carry an MSRP of $90.00 when it arrives May 22nd. Plus the latest tabletop gaming news from Cubicle 7 Entertainment, Albe Pavo, Bundle of Holding, AEG, The Gauntlet Gaming Community, Zozer Games, and more. 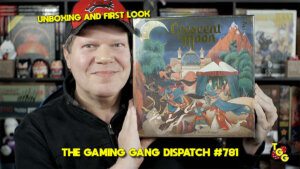 Jeff sits back for an unboxing and first look at Crescent Moon from Osprey Games. Plus the latest tabletop gaming news.
0
Awful