Halo, Metal Gear, Megaman, Super Mario, and Prince of Persia, to name a few, are some of the many greats to have been remastered recently. Now cometh Disney’s Ducktales! An absolute all-time favorite of mine and for gamers abroad, or else why would they take the time to remaster it yah? DuckTales is just one of those games that stuck with you and was always in your NES console.

For newbies, you will be playing as Uncle Scrooge McDuck, where you will take place in many adventures in search of riches and fortunes. You will combat foes with his iconic cane and the highly addictive ‘pogo-jump’ feature, so addictive you’ll find yourself trying to use it throughout the entire game! (On NES Controller: Control pad down and press the A button, while in midair press B button before he lands) –  yep stuck in my brain for life!

While retaining all elements of the game that made this a classic, Capcom has worked closely with Disney to provide some added kicks. The levels now have enhanced backgrounds (some from the show), with added depth and detail to add to the charm. The game will also feature a remastered soundtrack (by Jay Kaufman, WayForward composer), and a complete storyline with original voice actors from the hit show! To add icing on the cake, they even added Scrooge’s money bin where you can actually swim in it!

Coming to the Wii U, PSN, and XBLA for only $15 this summer – this is guaranteed great game play title! 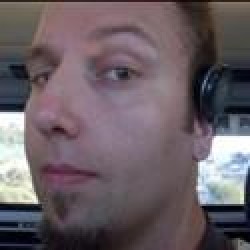