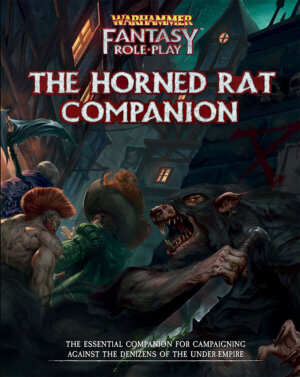 Cubicle 7 Entertainment has released the highly anticipated companion piece to the the fourth chapter of The Enemy Within campaign. Warhammer Fantasy Roleplay The Horned Rat Companion contains loads of supplementary material as well as three additional adventures to include in the campaign mix. The 176 page PDF is available at DriveThruRPG for $17.99.

The Horned Rat Companion is the fourth of our five-part series of companion volumes to the Enemy Within campaign. It is packed with supplementary material to not only expand The Horned Rat but also support any WFRP games which feature the skulking Skaven as a foe.