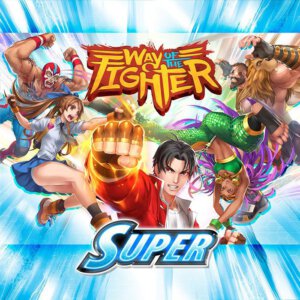 Soda Pop Miniatures and Ninja Division have a new arcade style fighting game, Way of the Fighter, which has arrived in stores. Players will focus on maneuvering their fighters, utilizing unique abilities, in order to take down their opponent in this smack down card game. Way of the Fighter is available in two flavors with each containing five combatants: Super and Turbo. The games are for two players, ages 12+, and play in under an hour. Both Way of the Fighter: Super and Way of the Fighter: Turbo carry MSRPs of $49.99.

Way of the Fighter is an expandable card game that captures the look and feeling of an arcade-style fighting game. It’s simple. Two challengers, one arena, and all out close-quarters mayhem! The game primarily involves bluffing, resource management, and tactical positioning. 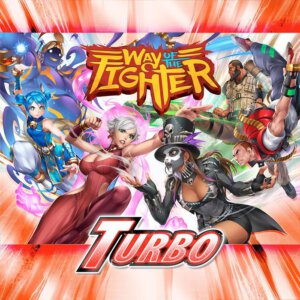 Players can build their deck from multiple card techniques, allowing them to customize their favorite fighter to fit a play style that best suits them. Combining Way of the Fighter Super with Way of the Fighter Turbo allows you to tag in two more players for even more action.

Over a period of twelve intense turns, each player will control a fighter’s movement, manage the fighter’s energy, and decide on what actions to have the fighter perform against the opposing challenger. The game continues until one fighter is knocked out, or the time runs out; at which point one fighter will be declared the Champion!

Train hard, throw down, and travel the Way of the Fighter!

First Look at ‘Warhammer: Doomseeker’ on The Daily Dope for September 25th, 2018