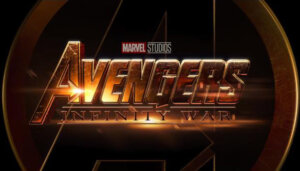 I was pumped this morning when I saw the new trailer for Avengers: Infinity War had arrived. This really looks like Marvel Studios is going to outdo themselves when the film hits next May 4th. I especially love the last scene as it cracked me up!

There was an idea…

The first official trailer for Marvel Studios’ “Avengers: Infinity War” has finally arrived. We began our Marvel Cinematic Universe journey together back in 2008. All roads lead to Thanos next year.

Following the events of “Captain America: Civil War,” the Avengers as we know it no longer exists. Lines were drawn; sides were chosen. The Avengers is nothing more than a team name without any team members. Can Earth’s Mightiest Heroes put aside their differences and unite once more? Do they even stand a chance against the Mad Titan who delights in their failure and desperation? Can they stop his thirst for power and chaos as he begins to collect the Infinity Stones?

“You can fight it. You can run from it. But destiny still arrives.” We know the trailer brought a smile to your face as much as pain and suffering put one on Thanos’ face. Now excuse us while we watch the trailer a thousand more times!

See the culmination of the last decade of the Marvel Cinematic Universe when “Avengers: Infinity War” opens in theaters on May 4, 2018.