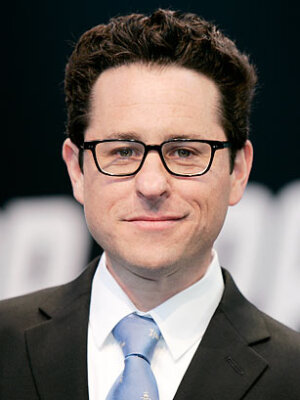 Both Deadline and The Warp are confirming reports J.J. Abrams will be the director of Star Wars Episode VII for Disney. Last November Abrams stated he might not be comfortable taking the helm of Star Wars because of his loyalty to Star Trek so he originally took a pass, but it seems as if Lucasfilm‘s Kathleen Kennedy wouldn’t take no for an answer. The script for Episode VII is being written by Michael Arndt and slated for a 2015 opening.

It’s interesting to see Abrams move to the Star Wars franchise because it appears that’s been his first love all along.

Star Trek director J.J. Abrams will be helming the next Star Wars movie. “It’s done deal with J.J.,” a source with knowledge of the situation told Deadline today. Argo director Ben Affleck was also up for the gig, the source says. Abrams was courted heavily by producer Kathleen Kennedy to take the Star Wars job. Expected in 2015, Episode VII will be the first new Star Wars movie since 2005′s Episode III: Revenge Of The Sith. Michael Arndt is writing the script for the first installment of the relaunch of George Lucas’ franchise by Disney. The company bought Lucasfilm in October for $4 billion,  with the Star Wars franchise the jewel in the crown. At the time, CEO Bob Iger said three more Star Wars films were in the pipeline. Abrams’ other space-based franchise sequel, Star Trek Into Darkness, comes out May 17. This weekend, the PGA will honor the Lost creator with its 2013 Norman Lear Award For Television. Abrams is repped by CAA and Oasis Media Group.