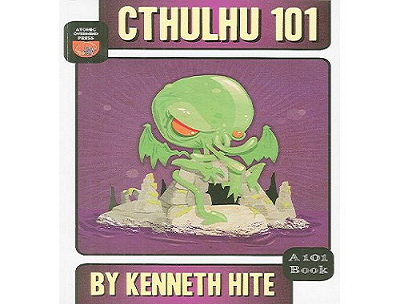 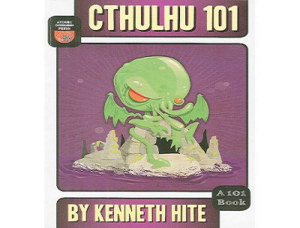 Recently,  Jeff and I got a chance to sit down to dinner and talk with author Kenneth Hite.  As a big fan of Lovecraft and an avid Cthulhu Mythos gamer,  I was overjoyed to have the opportunity to chat with him!  Ken is the author of several books on the Cthulhu Mythos as well as a well renowned RPG designer. He was kind enough to send along an excerpt from his book, Cthulhu 101, for me to share.

Here’s what Atomic Overmind press says about the book:

Do You Know Cthulhu? No?!? Never fear! Cthulhu 101 lets you in on the mystery, and lays it all out in the open. From “How do you pronounce Cthulhu?” to the 8 Best Cthulhoid Board Games, Cthulhu 101 has most of the questions, and all of the answers. Do you know the shocking truth about Hastur? Which Elder Sign is right for you? Don’t guess — find out!

And here is the excerpt – just for us gamers! This book is available right now at Atomic Overmind Press along with several other very good Lovecraftian books written by Kenneth Hite.

Make Lovecraft, Not Warcraft: 6 Best Tabletop Roleplaying Games About Cthulhu (And His Ilk)

Also available in the GUMSHOE system (Trail of Cthulhu), the GURPS system (GURPS Cthulhupunk), the Savage Worlds system (Realms of Cthulhu), the One Roll Engine system (Nemesis), the Versus system (Vs. Cthulhu), the True20 system (Shadows of Cthulhu), and the d20 system (the imaginatively titled Call of Cthulhu d20). Although they all have their points, none of these Dark Young are the equal of the Big Goat in the Woods.

G-Men vs. Deep Ones. Or X-Files vs. HPL. Or Dick Cheney vs. Nyarlathotep. Technically, a supplement for Call of Cthulhu, but so good it deserves its own entry. If Call of Cthulhu is “Go mad and die,” Delta Green is “Fire off 1,200 rounds of high-caliber, lovingly-docketed assault rifle ammo, go mad, and die.”

“Excuse me, waiter, but there’s a giant, megalomaniacal, mind-controlling, primordial Sumerian cockroach in my head.”

“Be quiet, sir, or everyone will want one.”

Are you getting paranoid? You’d better write down all the creepy horrors that stalk you, so you can find out.

An old-school D&D-style supplement for high Lovecraftian fantasy pulp. From the dictionary: “Pulp: n. Soft, moist tissue that fills a cavity.” Like, say, a chest cavity.

Based on the lesser-known Lovecraft story, “The Shadow Over The Giant Robots From Japan.”

The “Servants of Cthulhu” are but one faction in this classic game of conspiracy … or are they?

This Gothic storytelling game is like the Necronomicon, much whispered of but nigh impossible to find openly.

I can only imagine that NASCAR fans are just as gleefully appalled by this game as I am.

What would Lovecraft be without puns and childish betrayals? Completely unchanged.

The Scrabble of Tindalos. Sadly, no apostrophe cards.

Successor to the Call of Cthulhu Trading Card Game published by FFG.

Do You Worship Cthulhu? (Toy Vault)

Or are you a Werewolf? What is this, some kind of Witch Hunt?

There actually is a Necronomonopoly, published by the Wicked Dead Brewing Co. People say it’s pretty good, but that may be one Community Chest you don’t want to open.

Like a good Lovecraft story, it takes forever to set up, but once it starts, you never want it to end. Which is fortunate, because that can take awhile, too.

Originally published by Chaosium; this is a new, vastly vaster, version.

The only skirmish miniatures game of hillbilly horror you’ll ever need!

Literally cuts to the chase and presents “The Shadow Over Innsmouth” as survival horror.

A Lovecraftian expansion to the game When Darkness Comes.

A remake of … can you guess? … Monster Mash. If August Derleth was a game designer …

Designer Reiner Knizia once more proves there is no steak he cannot un-sizzle, in this squamous, eldritch game of … adding up tiles!

More From: Thoughts and Ramblings 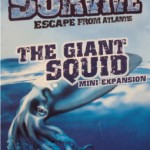 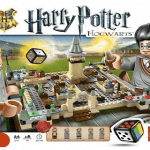