Every month I send out a call to a small group of people to remind them that Owl House Game Day is coming up. I’m thinking about this issue now because the call should go out in the next few days. I’m also thinking about it because Jeff posted a piece about gaming pet peeves, and a lot of the peeves are about behaviors during game days. Usually, pieces like mine here tend to focus on what Jeff culled from BGG: the bad behavior of other gamers (or people resisting playing games) and how to deal with that behavior when it arises. You can find a lot of that kind of material over on the ‘Geek, though you might have to dig for it. What I’d like to do is write about how to develop an invitation list.

I know that the temptation is to host a gala, a fabulous event centered on your hobby that will seduce doubters, haters, cheerleaders, and longshoremen. At least, that’s my fantasy. Without the longshoremen, maybe. Unless they bring Kaivai or Flowerpower. Nevertheless, the temptation to invite friends, relatives, co-workers over to your home—be it ever so humble or a sprawling mansion—and show them the power of play and the elegance of contemporary rules is strong.

Like many other lone voices traveling in wildernesses, resist temptation.

Start slow. You don’t have to have a brilliant day of gaming delight for your first event. A few friends will suffice. But here’s the key question: which friends?

So now we’re going to back up to the very first step in hosting a game day (after you’ve purchased some games, but since you’re here at The Gaming Gang reading this—and you have a pulse—I’ll take it as read that you have games), and that first step is judging the interest level of the people around you. In the awkward space I call my head, I have a continuum of gamers which I’ll parcel out in a convenient set of four. First, “Aren’t games for children?” Second, “I love Cranium and The Game of Life!” 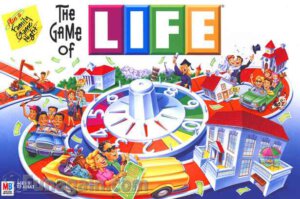 Third, “A friend of ours has a game with little trains that you put down after you have the right cards, oh, and something like Settled Cans? And that’s fun, too.” Fourth, “I have Arkham Horror set up on my dining room table, and now I have to organize the bits so I can set up Twilight Imperium instead.”

Of course, category one is a bit of an outlier as is category four (and an obvious invitee, unless you deem their social/hygiene skills to be lacking). Mostly, you’ll run into people who fit in the very murky middle ground of two and three, but they’re the group that far outnumbers the others, and you’ll probably need to invite some of them. But which people? I know this suggestion will be difficult, but it’s required: you must talk to them.

When you’re talking to people in those two groups, ask them about their childhood experiences. Did they always only play party games? Did they have a wacky relative who taught them to play Acquire? Were they in the chess club? Did they do a study abroad in Japan and get addicted to Go? Or maybe then went to Germany, but can’t find those games here? I’m throwing a lot of questions out, but what I am suggesting here is that you listen. My own family played a lot of games when I was growing up. We’d receive them as presents, or we’d play with relatives or friends. I played Chess and Backgammon with my parents andbrother, and we had a good time. 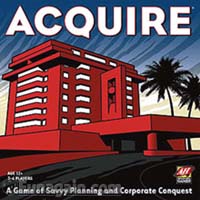 Just this year, I learned that my dad played a wide variety of games with his friends (Twixt and Gusher were two we talked about), and the interest and skills he developed have stayed with him into his 60s. So ask your friends and family. Did they always have a good time playing games? If not, why not? From these conversations, develop a short list of people you think would enjoy learning new games. Let me point out that “learning” is a key term. If you hear in your discussions that someone had two games that they were content to play obsessively, then you might want to keep looking. And you can continue to keep looking once the core group is established, but you may find that all of you are content with the dynamic you’ve set up. In that case, you can settle in and try to play more games than you purchase. To which I say, good luck!

There are other considerations, of course. You might want theme days (games by only one designer or company, games with similar mechanisms, games with particular themes, etc.). You’ll want to set up expectations about what to bring, including what kinds of food and drink are acceptable at your table (and you can arrange the space in ways that suggests where cups, bottles, and cans might be comfortably placed), and what sort of child care is or is not available. And you’ll want to set up boundaries. “This is the room with whirling knives; do not go in there.” “Here are all the Bibles I read throughout the day.” “Here’s my copy of the Anarchist Cookbook.” But these are details about which the good Geeks have a lot to say.

Developing a gaming group is an intensely social experience. Take your time. But don’t stress it too much. These other people who play games? They’re your species.

D-Day 70th Anniversary Arrives, ‘Up Front!’ Does Not

Inspiring, but it still seems daunting to approach and build a group out of people who don't share your passion level. I always struggle with wanting people to enjoy and be into things that we are doing together (that I love), but not putting too much eagerness into my passion, which can sometime be a turn off. Does this model create a long lasting group or do the "people who fit in the very murky middle ground of two and three" usually fizzle out over time? I'd be interested to hear from people who have done something alone these lines.

I know what you mean about scaring people off. It's a delicate dance. The problem with my model, at least so far, is that it takes a really long time to build. Oh, and members of the fourth group are default invitees. It's just that they're outside of the Gang and BGG.

Great read. I've been trying to get a gaming group started locally but most of the people I know would rather play RPGs than enjoy a rousing evening of varying board games. This article gives me hope and a few new ideas.

This site looks real fun Say the link on bgg

this was a interesting read

been thinking about find/ making my own reg gaming group