The easy way to start this piece would be to brag about the games I received as gifts this year. My wife even suggested that I put up a Geeklist devoted to reasons that I would do the happy ‘I didn’t get socks this year’ dance. A list like that might develop as I write, but that’s not the issue motivating me right now. 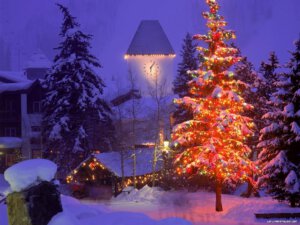 Let me start with a story from a few weeks ago, when the “so, what’s on your wishlist” talk really ramped up. Amazon isn’t really useful for this purpose for most of us interested in gaming as a hobby, so I rely on the Geek. I pulled up my wishlist for Dana, and was immediately embarrassed. I had to explain that the more than sixty games on the list were not a measure of greed. I keep a goodly few grail games on that list, and some are games I just want to remember. So I talked my way through the top of the list, pointing out ones that hadn’t been published, ones that were the in the grail category (good luck scaring up a copy of Jati, for example), and then we scrolled down to Hammer of the Scots.
“Ah, now this is a kind of wargame, and I’m not all that interested in wargames. But it’s highly respected, and it’s an example of a kind of game I don’t have and that I do find interesting: block games.” I talked through the system that Columbia Games developed and why the system is interesting and unique as a game mechanism, and why the system is particularly useful for wargames. I have played a few wargames, though it’s been a long time, and I just don’t have the time to immerse myself in ASL, so a system like the blocks or cards intrigues me.
Dana nodded and we went on.
A few weeks later, she began to insist that I never go out to pick up the mail. “I’m expecting some packages, and I don’t want you to see where they’re from.” I’m going to assume that you, like me, understand that to be code for “from an online game store.” I mean, if it’s a box from Amazon, the stuff inside could be anything from designer facial tissue to whoopie cushions to weaponized Nerf products. 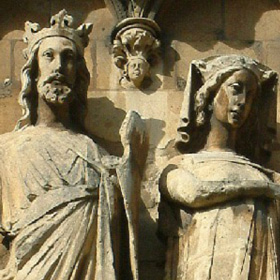 As the colorfully wrapped packages appeared in the closet—we have two cats who seem convinced that wrapping paper makes good nesting material—I took them out to measure and shake. When Christmas morning came around, I was overwhelmed with the generosity of my wife and her family.

Games. Good games. And, yes, Hammer of the Scots was one of them.
The important issue here, though, is not the games (though they are sweet). The important issue is that the games brought us together for a fun conversation. At a time of year when family demands can seem onerous, games can help us slow down as we come together over a cleared table. Not everyone will want to play, and we might not get a chance to play the really good games we know are out there, but the time we spend with family and friends during the holidays should remind us of what’s really at stake in gaming: love, playfulness, and joy. Useful to remember, too, when you get snowed in for a week in February, or any time throughout the year.
Happy Holidays! (And now, please excuse me. I have some stickering to do…)
Tags
Gaming Classics Hammer of the Scots Thoughts on Gaming

What Happened to Jeff?

Thirteen Roleplaying Games Perfect for Halloween …and All the Rest of the Year Too!