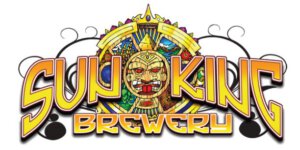 After running around all day, covering the show and interviewing company reps at Gen Con, there’s nothing I like better than kicking back with a cold one and a good meal. Once again Indianapolis based Sun King Brewery is teaming up with the convention team to provide an official beer for the 2013 event.

Based on the success of last year’s official beer partnership, Sun King Brewing and Gen Con LLC have announced a partnership to create an all-new beer for Gen Con Indy 2013. In addition, for the first time in Gen Con Indy history, the event will feature a 21-and-over beer garden located on Georgia St. The official beer also will be available for purchase at numerous participating local restaurants and bars.

“Gen Con is an incredible experience, and we’re excited to work with them and Indianapolis Downtown, Inc., to expand the scope of the festivities,” said Sun King brewer/owner Dave Colt. “Utilizing Georgia St. is a great way to enhance the experience for attendees, but it also allows everyone the opportunity to enjoy and discover the wonders of Gen Con!”

Similar to last year, fans will again help select the official name for the Gen Con Indy 2013 beer. An official contest will be announced on Gen Con’s Facebook page with more details to follow. If you’re in Indianapolis and of legal drinking age, stop by Sun King’s brewery and tell them how excited you are for the Gen Con 2013 official beer!