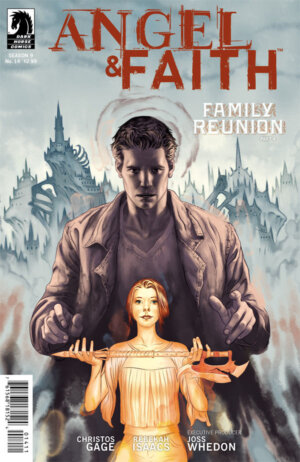 More goodies coming from Dark Horse Comics, to be released the week of September 26th.

In Quor’ Toth, Angel, Faith, and Connor realize that their problems are only increasing the longer they are in this unpredictable hell dimension. As Willow fervently tapped into the dimension’s magic, she engaged a little too much darkness . . . Now, the crew has another danger to face: Dark Willow!

* The return of Dark Willow!

AXE COP: PRESIDENT OF THE WORLD #3

Axe Cop is back and mightier than ever!

Under attack by evil robots and a mad scientist from Mars, and facing the newest menace Every Man, all the good guys have left Earth. Axe Cop must defend the planet and rescue his friends, even if he has to do it all by himself! Written by eight-year-old Malachai Nicolle and drawn by big brother Ethan Nicolle, the imaginative adventures of Axe Cop have taken the world by storm!

“The sort of genius only a kid could cook up.” – Comic Book Resources

An elite B.P.R.D. team hunts down a mad Russian scientist in the Scottish Highlands, only to be ambushed by a horrifyingly savage ghost. Meanwhile, Zinco and the Bureau meet to plan special experimentations on Johann.

* From the pages of Hellboy!

“Dark Horse has been building up to something big for awhile now, and 2012 promises to be a complete game-changer in Mignola’s shadow-haunted universe.”—Comics Bulletin

DRAGON AGE: THOSE WHO SPEAK #2

Kidnapped by cultists and held in separate cells, King Alistair and his allies wait to learn what their captors want from 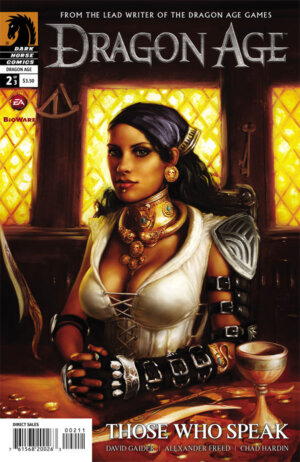 them. First to face questioning is the pirate Isabela, in a deadly battle of wits that reveals many tragedies from her past! With Isabela near her breaking point, Alistair’s quest to find his father seems lost!

* An essential addition to the Dragon Age canon!

The Zombie Priest, now going by the name Mr. Corpus, has reemerged and given the Goon a dire warning. But will the Goon listen or will he just go for the punching? My vote’s on the punching.

* Featuring a cover by Blur Studio, the animation studio producing the Goon film.

Don’t be a creep! Read The Goon!

The secret origin of MIND MGMT’s greatest agent concludes, with the revelation of his final days at the agency. A gifted psychic able to control the emotions of others, Henry Lyme fell apart when he began to fear that the love of his wife and the admiration of his peers were lies created by his abilities. And when so powerful a mind becomes unhinged, it wreaks terrible destruction on all around it!

• From the creator of 3 Story and Super Spy!

* Each issue features short stories that won’t be in the collections! 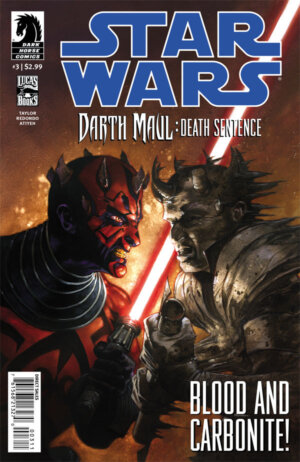 While an injured Darth Maul recuperates from his recent battle with a team of Jedi, he plots his revenge—and the rescue of his brother Savage Opress (now in Jedi custody). But it isn’t simply the Jedi that Maul must face; it’s a powerful mining magnate with forces of his own!

Luckily for Maul, the mine owner has made a career out of exploiting the local work force, and the natives are . . . revolting!

* A direct follow-up to season 4 of The Clone Wars!

* Outnumbered and alone, Darth Maul doesn’t back down!

The Harmony Restoration Movement has failed, and the four nations are plunged back into war! In the midst of the battle, can Aang and Fire Lord Zuko mend the rift between them, or will Aang be forced to take actions that can’t be undone?

Written by Eisner winner and National Book Award nominee Gene Luen Yang (American Born Chinese) and drawn by Gurihiru(Thor and the Warriors Four), this is the adventureAvatar fans have been craving!

*With the brand-new show Legend of Korra, the time is right for Airbender fever to return!

*Avatar is among the most acclaimed animated shows of all time!

As Molly flees her captors through a sunken city full of scavengers, her one hope comes in the form of two strange men: Simon Church, a Victorian-era detective kept alive by clockwork gears and magic, and his assistant, Joe Golem, whose mysterious past is hinted at in dreams of stone and witches.

*The deluxe limited-edition collection features multiple illustrations, an exclusive Signature Plate signed by the creators, and a handsome slipcase. Limited to 1,000 copies.

“Joe Golem and the Drowning City is a warm, wicked, frantic tale of noble monsters and monstrous men. Not merely weird and not simply gorgeous, this supernatural steampunk fable is intimate and profound. It is dreadful and sublime.” —Cherie Priest (Boneshaker)